Maybe you have heard about recent developments on HVO – hydrogenated vegetable oil. A new type of biodiesel, produced from waste products. Just recently the first inland shipping vesselstarted using HVO and already several fleet-owners in the Netherlands use it for their truck fleet. Is this a better option?

Transport company VOS Logistics uses both LNG and HVO. While HVO is made of renewable material and has very little PM10 emissions, currently it is more expensive than diesel (and LNG) is. VOS uses HVO in Scandinavia, but LNG in the Netherlands. LNG is the financially preferred option (with more than enough filling stations in the Netherlands, Spain and Italy for instance), especially for long distances. The amount of LNG filling station is still limited however, in the Scandinavian countries.

Rotra choses LNG because it is clean, it emits substantially less PM10 and NOx. It also reduces the CO2 emissions, even if it is a fossil fuel. An extra benefit is the fact that the LNG trucks are much quieter than their diesel counterparts. This opens the possibility to deliver goods in a larger timeframe than with a diesel truck. The trucks are as comfortable and as strong as the diesel alternative. Its range of 900 kilometres is more than enough for Rotra.

Koopman chooses HVO over LNG because it possible to use it in (almost all) regular diesel trucks. The company has its own filling station, because HVO infrastructure is still in its infancy. However, if a driver is not able to get back in time, it is always possible to fill the truck with regular diesel. However HVO is more expensive than regular diesel.

All in all both LNG and HVO have their benefits. Depending on the trips you make, the clients you serve, your current fleet and the infrastructure, LNG or HVO is the best choice. In short:

This article was written by Elske van de Fliert, expert on cleaner, leaner and greener transport. For over a decade Elske and her company Zero-e have helped companies that seek to reduce their CO2 emissions and their impact on the environment in general to be sustainable and thriving companies. Are you ready to reduce fuel consumption? Check out the free monitoring checklist here, to start saving fuel now 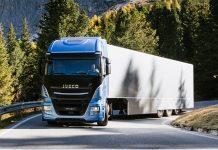 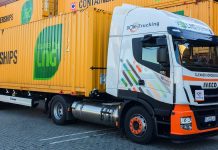 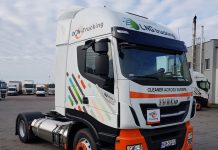 August 2018: Dutch-based transport company Don Trucking is turning to liquefied natural gas (LNG) as fuel for its fleet of trucks to reduce emissions 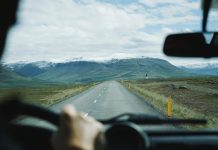 July 2018: Road press tests conducted by major European publications confirm that IVECO is the best choice for both gas and diesel 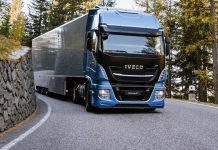